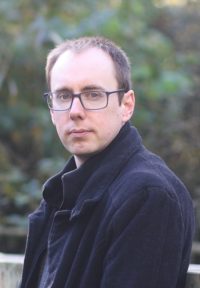 His debut novel, James Dare in Drone Destruction, tells the story of a boy-genius who builds a secret fleet of drones in his garage. A drone technician by night, James has been living a double life ever since his mum passed away. Specially reconfigured, James’ custom designed drones are programmed to steal from the gilded mansions of the rich and bad and give back to the two things his mum loved the most: his dad and the little village of Westbumble.  But all this comes crashing down when James takes money from the wrong guy. Sir Cedrick is no ordinary mark – James has just stumbled on a top secret government outfit, the DDI (the Drone Development Initiative). With the clock ticking, James is given the most thrilling and terrifying ultimatum yet: help them in their mission to catch the greatest enemy to our freedom... or go to jail.

When not writing, Ben can be found gaming, playing the piano, and exploring his local nature reserve. He’s also an enthusiastic tennis and table tennis player - basically any sport with tennis or furniture in the title.