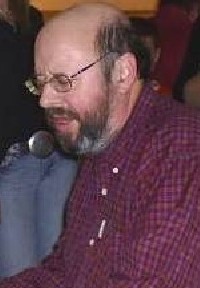 Brian Hinton is the archivist of the great Isle of Wight pop festivals of the 1960s and '70s and he is currently at work on his magnum opus Summer of Love: A History of the Isle of Wight Festivals. In 1970, 600,000 people attended the greatest festival in the UK and for five days, Jimi Hendrix, the Doors, the Who, Joan Baez, Jethro Tull, Miles Davis, the Moody Blues, Leonard Cohen, Joni Mitchell and many others gave one of the greatest live shows on earth.

There was a sense of a glory departing. Hendrix looked - and played - as if he was already knocking on heaven’s door; Keith Moon drummed like a demon; Paul Kossoff ached over every guitar break; a bearded Jim Morrison sang as if his life depended on it. All were too soon gone. French anarchists tore down the fences, burger vans blazed, there was skinny dipping in Compton Bay, and chanting monks from Quarr Abbey. To be young was heaven.