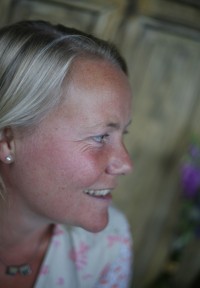 Eleanor Taylor's fondest childhood memories are of exploring the Scottish Borders where she grew up. She was free to roam almost as far as her imagination would allow, surrounded by a menagerie of animals.

Eleanor published her first book, Whoever's Heard of a Hibernating Pig (Bloomsbury), in 1997, and she has continued to publish many more on the Bloomsbury children’s list. She was thrilled to illustrate the new Peter Rabbit stories, The Further Tale of Peter Rabbit and The Spectacular Tale of Peter Rabbit, by Oscar-winning actress and screen writer Emma Thompson.

Eleanor is also the illustrator of the new Winnie the Pooh books, published by Egmont, as well as the delightful A Little Guide to Gardening (Eden Children's Books).