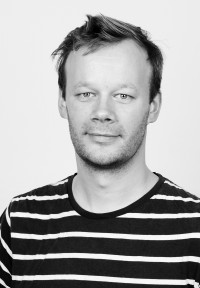 Felix grew up in a house filled with children's books and lots of laughing. Alongside his writing career he is a professional actor and storyteller, and his roles have ranged from the Gruffalo to regularly performances with the Royal Shakespeare Company.

The Monkey and Robot books (Bloomsbury), illustrated by his wife Hannah Broadway, are his first picture books for children, and feature irrepressible friends Monkey and Robot. Together they play at being doctors, making toys, growing things and enjoying the snow, while all the time learning a little more about each other. George and The Dinosaur (Templar), illustrated by Sue Heap, tells the story of a boy who hatches a dinosaur egg.

Felix lives with his wife and two cats in Bristol. He tries to grow vegetables but is fighting a losing battle against badgers and his lack of knowledge. He is also fairly bad at playing the ukulele.