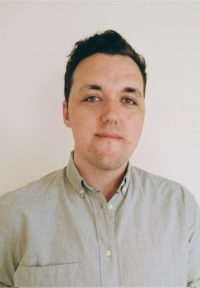 James is an author, illustrator and cat dad from Bristol. He graduated from the University of the West of England in 2009 with a first class degree in Illustration. During his studies he received a “highly commended” in the Macmillan Prize, and in 2019 was shortlisted for the Welsh Illustrator of the Year Award. His bold illustration style is influenced by strange old cartoons, cave paintings and anxiety.

James has also been designing, illustrating and animating material for Penguin’s social media campaigns since 2016.