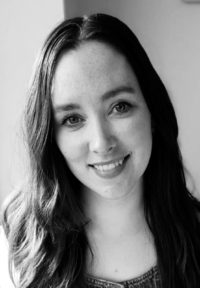 Jessica Courtney-Tickle is an illustrator based in Cambridge, England. She studied Illustration and Animation at Kingston University, London where she discovered a strong connection to children’s stories. Since 2015 Jessica has been the illustrator of the best-selling book series The Story Orchestra, a collection of musical books published by Frances Lincoln.

Jessica has worked with numerous picture book authors from both the UK and the US including Lisa Mantchev, John Agard and Ursula Jones. She has also been the illustrator of The Promise Witch series written by Celine Kiernan. In 2021 Jessica was nominated for the prestigious Kate Greenaway medal for her illustrations in My Nanas’s Garden, written by Dawn Casey. The book also won ‘Best Illustrator’ in the Northern Lights book awards in New York. Jessica's work is published in multiple co-editions.

Jessica finds particular inspiration in the natural world and folklore as well as design and illustration from the 1950’s and 60’s - a fascination that was passed on to her by her grandmother.