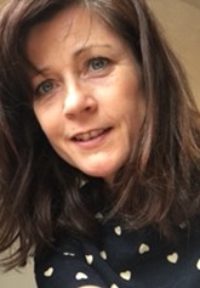 Kirsty Eyre grew up idolising comedy writers like Victoria Wood and Chris Lilley. Her love for theatre led her to set up her own theatre company, Class Stage, and her plays have performed at the Edinburgh Fringe and major venues in London and Brighton. Her writing credits include sitcom web series, Tom's Music Videos of Doom, and her work has been shortlisted for BBC Sharps.

Kirsty was raised in South Yorkshire but now lives in South East London with her partner and two children.