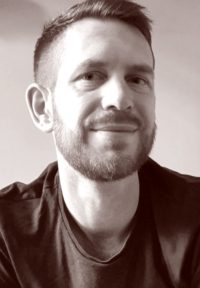 Mark Nicholas is a highly talented illustrator, who graduated from the Children's Book Illustration MA at Cambridge School of Art. While there, Mark won the Lara Jones Award, part of the Macmillan Prize for Illustration, and in 2016 won the inaugural Carmelite Prize.

He currently lives in rural Cardiff with his wife, daughter and two mischievous cats.