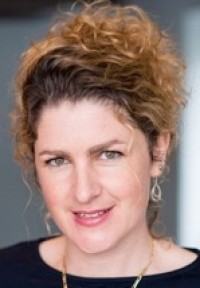 Wendy Meddour's debut novel A Hen in the Wardrobe (Frances Lincoln) was shortlisted for the prestigious Branford Boase Award, and picked by the Guardian as one of the 'Best 50 Culturally Diverse Books since the 1950s'. Wendy Quill is a Crocodile's Bottom (OUP) kicked off a hilarious fiction series based on her own childhood which was illustrated by her teenage daughter Mina May, aged 14. Since publication, the series has since been licensed in 14 territories.

Wendy spent most of her childhood in the airing cupboard reading and dreaming of being a cartoonist, a comedienne or a footballer. Instead, she became an academic - one who gave funny lectures, doodled in the margins and knew the off-side rule. Since then she has acquired a doctorate, four children and a wobbly old house in Exeter.