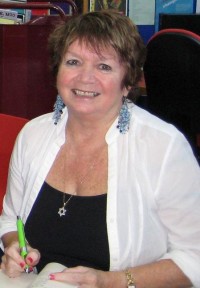 In Cathy MacPhail's Between the Lies (Floris Books), Jude Tremayne is missing. She hasn't been online, nobody has heard from her. She simply appears to have vanished... until Abbie Kerr, a school nobody, receives a message: "I want to come home". Suddenly everyone knows Abbie's name. She finds herself at the centre of a whirlwind of rumours, secrets and lies. Why would Jude disappear? Why would popular, fun Jude be messaging loner Abbie? And can Abbie bring her home?

Cathy was from Greenock on the West Coast of Scotland. A film based on her novel Another Me was released in 2015, starring Game of Thrones star Sophie Turner. After a long illness, Cathy sadly passed away in Autumn 2021.