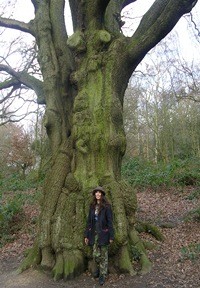 In her latest novel Hello, I Must Be Going (Walker), Sorrel might be dead but that doesn't mean she's gone. Her best friends Celeste, Reuben and Orlando are falling apart because of their grief - and because of their demanding, controlling parents. So Sorrel decides she won't be properly dead until she's sorted out her friends' lives and shown them the importance of being the person you want to be before it's too late!

Dyan was born and raised in the US, and moved to London later in life. Among her passions are pumpkins, lizards, chilli peppers, yoga and Volkswagen Beetles.