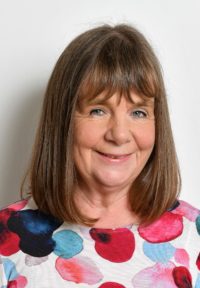 Julia Donaldson, Children's Laureate 2011-2013, is one of the UK's best-loved writers for children. Her books with illustrator Axel Scheffler have sold over 75 million copies, and other distinguished illustrators with whom she has worked include Lydia Monks, Nick Sharratt, Rebecca Cobb, Emily Gravett, Helen Oxenbury, David Roberts and Charlotte Voake.

Julia divides her time between West Sussex and Edinburgh. Her books have won many awards including the Blue Peter Award for Best Illustrated Book to Read Aloud for Room on the Broom (Macmillan), the WH Smith Children's Book of the Year for Zog (Scholastic), and the Scottish Royal Mail Award for What the Ladybird Heard (Macmillan). The TV films of The Gruffalo and Room on the Broom have been nominated for Oscars. She was awarded a CBE in the New Year's Honours List 2018.