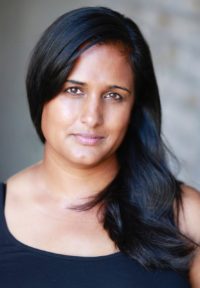 Manjeet is an author, actress, playwright and screenwriter. Her debut YA verse novel, Run, Rebel (Penguin) was called “brilliant” by The Guardian and named it one of its ‘Best Books of 2020’, as well as one of The Scotsman’s ‘Best Books for Teens 2020’. Run, Rebel is the winner of the 2021 CILIP Carnegie Shadowers' Choice Award.

Manjeet has worked as an actress in theatre, TV, film, radio and audiobooks, including for Birmingham Repertory Theatre, the Soho Writers lab and the BBC. She is also the founder of Run The World, a not-for-profit working with women and girls from marginalised backgrounds, using sport and theatre as a means to empower and train future community leaders.

Manjeet hails from the Black Country and now lives by the sea where she enjoys swimming in the sea every day (weather permitting!).