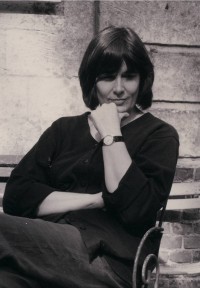 Nicola’s degree show at the Royal College of Art immediately caught the eye of publisher Tom Maschler and her debut title, Nicola Bayley’s Book of Nursery Rhymes, was published by Jonathan Cape. Illustrated with charm, finesse and an almost enamelled luminosity that was to become her hallmark, it was a huge success.

Nicola is responsible for the gorgeous paintings in the perennially popular Mousehole Cat (Walker), written by Antonia Barber. She has also collaborated with award-winning British poet Brian Patten on picture books for Andersen Press.