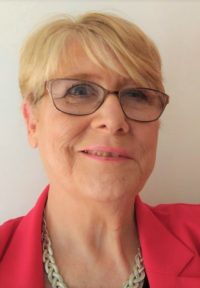 Sheila Riley's saga series Reckoner’s Row (Boldwood Books) is set around the Liverpool dockside in the aftermath of World War II, and focuses on the trials and tribulations of two families: the Kilgarens and the McCreas. Crime, fears, laughter and tears – but most of all love - are at the heart of Sheila’s tales of this close-knit Northern community. Sheila's latest title, The Mersey Mistress, is out now.

Sheila sets her gritty family sagas around the River Mersey and its docklands. Born in Southport and raised not far from the river, she was a hairdresser for over thirty years before her love of writing encouraged her to put away the scissors and take up the pen. As a ghostwriter, she previously wrote four bestselling novels under the name Annie Groves, a pseudonym inherited from saga legend Penny Jordan.