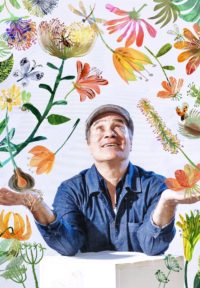 Yuval Zommer graduated from the Royal College of Art with an MA in Illustration. He worked for many years as a creative director at leading advertising agencies before becoming the author and illustrator of highly acclaimed non-fiction. Yuval has sold over 2 million books worldwide and been translated into 30 languages.

Yuval's stunning Big Book Of... series (Thames & Hudson) has won and been shortlisted for numerous awards including the UKLA Book Awards, The English Association's Nonfiction Award, and the Made For Mums Award. The latest title, The Big Book of Belonging, published in September 2021.