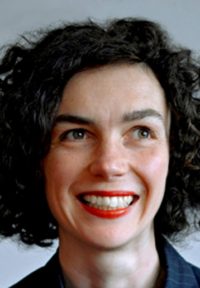 Zehra Hicks is an illustrator and author who graduated from the University of Northumbria with a First in Fine Art. She previously worked as a graphic designer before becoming a tutor at Chelsea College of Arts. Her debut picture book, The Boy Who Hated Toothbrushes (Macmillan), was highly commended for the Macmillan Prize for Illustration and won the Heart of Hawick Award 2012. All Mine! (Two Hoots) was nominated for the Kate Greenaway Medal. Her work is published in 22 territories.

Zehra is illustrating an exciting series about mindfulness written by Rachel Rooney - The Problem with Problems and The Worrying Worries are out now, while The Fears you Fear is out this March.

Zehra has a unique approach to illustration. By making use of sticks, bamboo and potatoes to create her books, she does not allow herself to be limited to pencils and paint. Sometimes her two children help too!